F. F. Fox'SFox of ALAPAHA BLUE BLOOD BULLDOGS
This website is best viewed on a PC.​​ 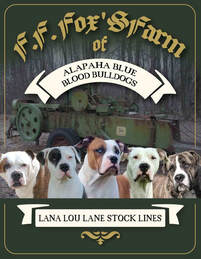 Pictured above is the beautiful Alapaha River, flowing through the region of  South Georgia...

​​​As a result of many years of selective breeding, the Alapaha Blue Blood Bulldog came into its own. Approximately 15 years prior to Mrs. Lanes passing, she had contacted the ARF in regards to preserving and registering her breed in perpetuity. In 1986 the Animal Research Foundation (ARF) registered the first of many Alapaha Blue Blood Bulldogs that came from her kennel, Circle L Kennels. Later, unfortunately on April 28, 1992 while in her home, Lana's house caught fire where she had been badly injured. As a result of that fire her foundation sire Lana's Marcelle Lane was killed. Lana's associate and trainer, Marker R. Nicholas MRN, also the originator of the Old Southern Bulldog OSB, was credited by the ARF for his role in aiding Lana to reestablish the breed from extinction, following Marcelle's death.
​
The Alapaha Blue Blood Bulldog was developed by using: Old Southern White aka White English Bulldog (WEB) who arrived in the USA around the 1700s. Colby Pitbull, Old Southern Bulldog OSB, and the Catahoula Cur aka Catahoula Leopard Dog. Buck Lane's granddaughter, Lana Lou Lane continued her breeding program until she passed away in her sleep on July 20, 2001. ​

Our Dogs Are OFA Certified Hips and Elbows

~There are NO Raoul "Ray" T. Coleman/CRK  bloodlines in any of our dogs ~
Click to read the differences between Lana Lou Lane's bloodline and the CRK dogs 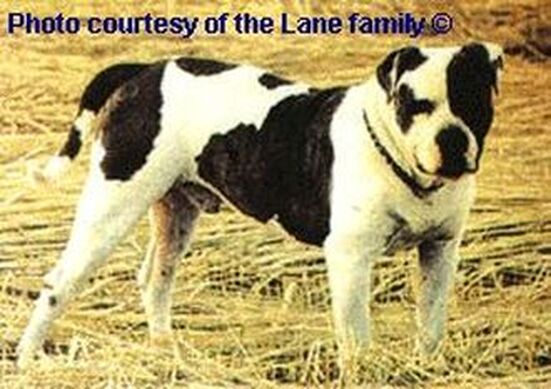 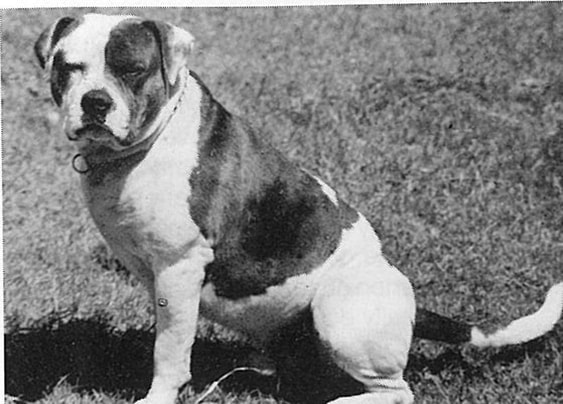 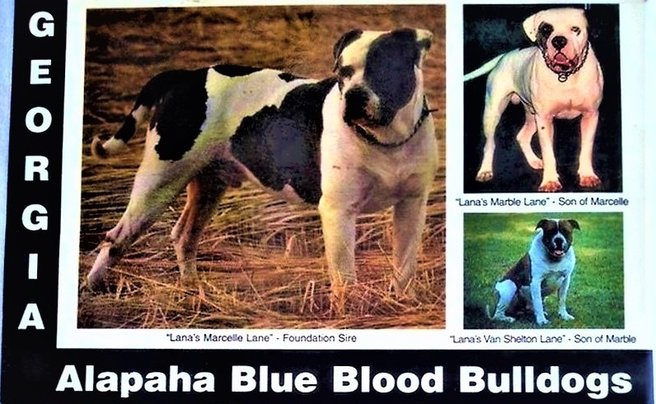 If you would like to help support our efforts in the preservation of this amazing breed, you can donate below. Thank you.