SCROLL TO BOTTOM
Jack and Lexy pictured in photos. 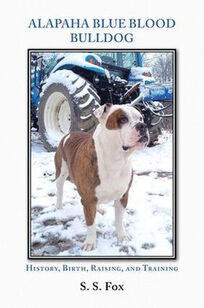 ​​I am happy to announce the much awaited edition of my new book. It contains in depth details about the Alapaha Blue Blood Bulldog.
​Amazon:
amzn.to/31PYR5m
​Barnes &Noble:
​bit.ly/2Z2xlzH 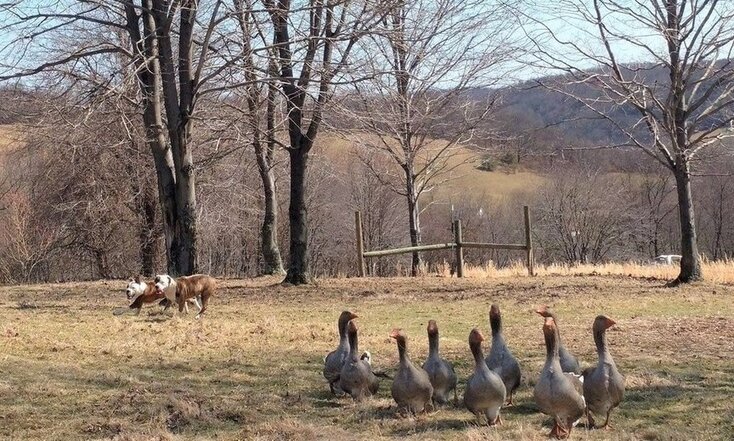 ​The Alapaha Blue Blood Bulldog is one of the last remaining breeds that are typical of the original bulldogs from England that were used as "plantation dogs," guarding, and watching these large tracts of land in the southern United States. They are of square appearance, powerfully built, agile, and athletic.
They are different and separate from the well known classic English Bulldogs, and is not just a physical variation of another breed. These dogs exhibit all the bulldog features except in a more exaggerated form.
This is a working dog. They are not brachycephalic (snub-nosed), with pendulous lips that present drooling. This is a dry mouth breed. The ABBB is taller, heavy boned with long straight legs, and having a broad muzzle. Their longer, broad muzzle makes breathing easier enabling them to perform the varied tasks they were originally bred for as utility farm dogs. ​Males are larger, heavier boned, and more masculine than the females. Alapaha's are a versatile breed, known more for working cattle, and they were also trained for hunting, and holding onto wild hogs until their master arrived. Thus, their muscles are long, and powerful. ​This breed should never have a short, stocky structure with bowed legs, exaggerated spacing between their front legs or turned out elbows.


CHARACTERISTICS
The Alapaha Blue Blood Bulldog is in the working breed group. They have a strong prey drive and because of their high intelligence, responsiveness, watchful and stable nature, they can be outstanding at a variety of tasks!

ALAPAHAS ARE NOT - Excessive barkers, nor are they prone to drooling; they are a dry mouth breed.

ENERGY LEVEL -  The ABBBs were originally used on plantations overseeing large estates. These dogs are energetic and athletic. Even though, they could make good apartment dogs. Alapaha Blue Blood Bulldogs do require daily physical exercise. They have great stamina. They do fine with at least an averaged size fenced yard and allowed free play off leash when it is secure. No matter the size of your home, as long as your Alapaha is sharing your space, having free play, and getting its needs met, this will help alleviate behavioral problems.

GROOMING - This breed is an average shedder, slightly more noticeable during the seasonal changes. An occasional brushing to remove dead hair will cut down on shedding.

HEALTH - Generally, a healthy breed. With such a small genetic pool these conditions can occur: cherry eye, deafness, entropion, and inflammation of the tear duct.

Lana's stud dog Marcelle weighed approximately 95 pounds, was 24 inches at the shoulder, 22.5 inches around the head, and 33.5 around the girth.

OVERALL IMPRESSION - Square, powerfully built, yet agile and athletic for size and alert. Should give the impression of nobility. (Thereby- "Blue Blood").
​
HEAD - Large, Flat across top. square, heavily muscled in males.

MUZZLE  - Square with heavily muscled jaws. Up to 40% of total length of head.

EARS - Medium in size, half perked or rose. Cropping "not" permissible.

SHOULDERS - Of short length, heavily muscled and well tied in. Should give impression of power.

BACK - Straight, not rigid or swayed. Length equal to the height at the shoulders, with 1" variation.

REAR - Hips narrower than shoulders. Well muscular and in proportion to forequarters.

​COAT - Short to medium length and fairly stiff to the touch with soft undercoat.