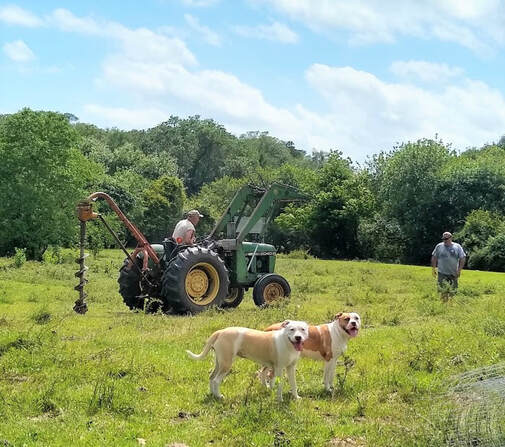 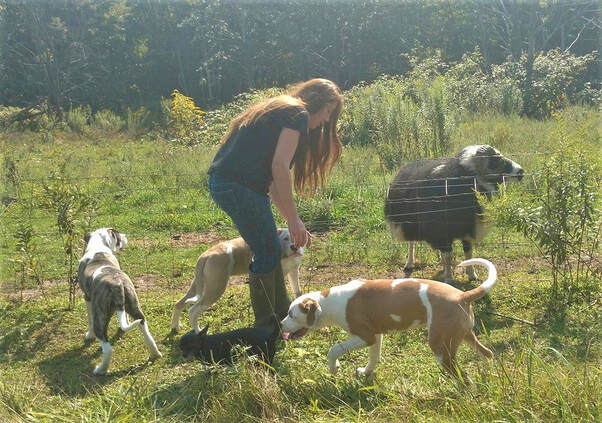 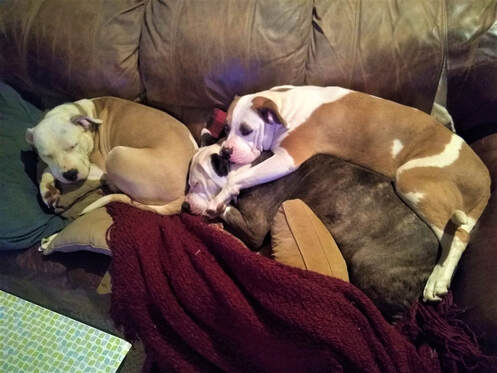 ***Any other breed of dog introduced into the Alapaha's bloodline, outside of what Lana Lou Lane used in the establishing of her Alapaha Blue Blood Bulldogs changes a dog forever. It's no longer an Alapaha but is considered a Hybrid, and will not have the same unique character traits, temperament or health, etc., that makes this breed what it is. Some of those special, inherent traits are non-dog or human aggression!
along with being protective, and having the mental ability to read a situation before reacting. Commonly, dogs with natural guarding instinct are either one or the other or both dog/human aggressive*** ​​ 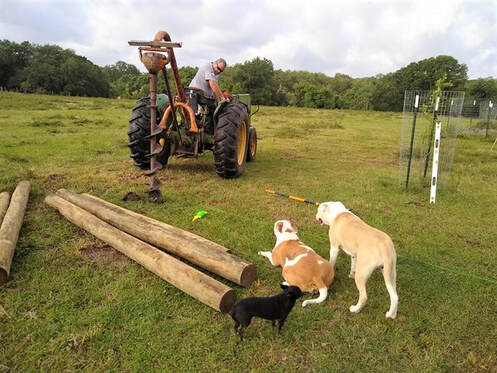 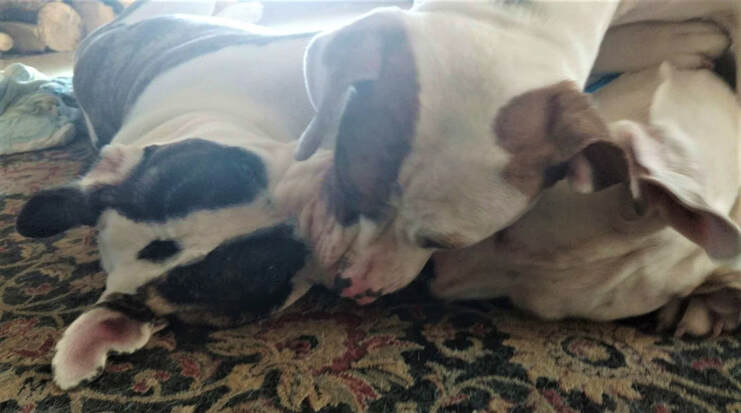 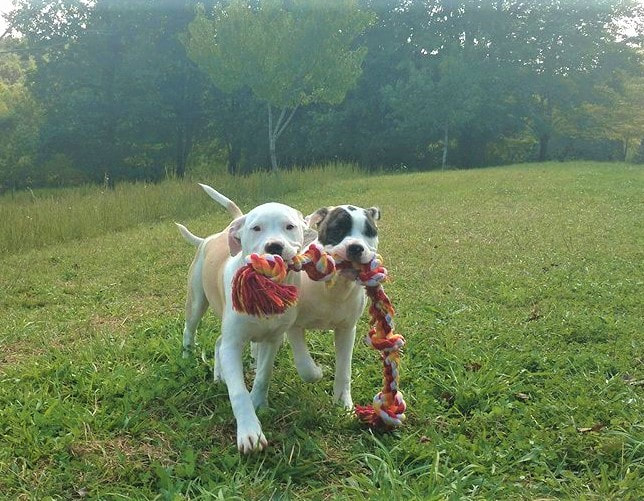 Our daughter, and the fur babies enjoying her visit! 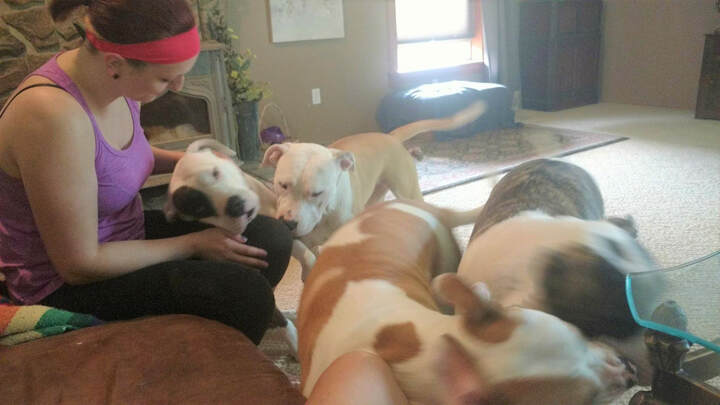 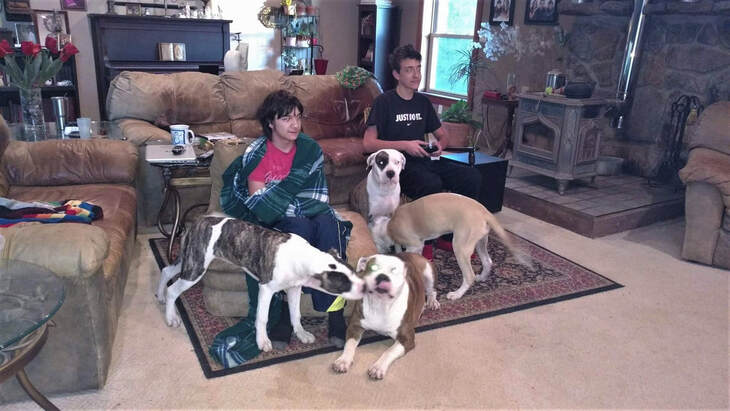 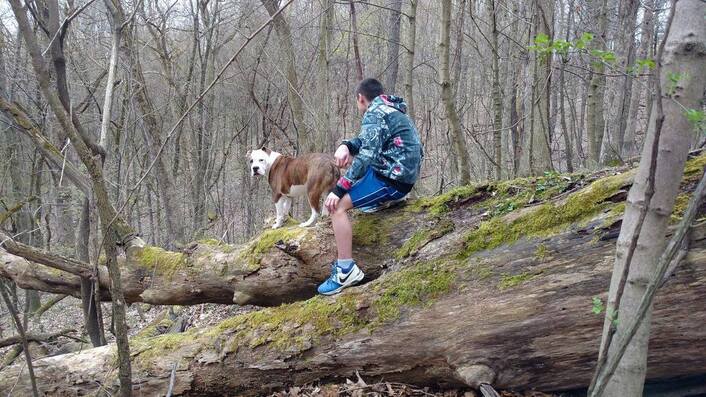 Personality: Each dog has a personality, which is different than temperament. Personality is developed through interaction with other animals, and primarily with people. A dog will not consider as a prey object, any living creature to which he is exposed to early as a puppy. Puppies who are raised in nurturing, enriched environments, tend to have well-developed personalities. Good early handling, socialization, and training will help develop desirable traits, but those traits have to be there. However, this does not change their temperament.
We begin handling our puppies from birth, rubbing their feet, ears, and tail, handling their mouths and turning them over as they mature. We start their socialization along with introducing them to our friends, and family, the other animals here, different surfaces, and sounds. We believe this is vital in developing each puppies trust, and personality, and should continue long after they leave us, and our home to be with their new families.


​***As with any breed, socialization should start while very young!  The first 12-16 weeks of age are an important time frame for exposing a puppy to different people, other animals, and new environments, therefore continuing throughout their maturity...The more this is done the less likely any dog is to become aggressive unless protecting their family and residence***

​*​**Owners need to achieve Pack Leader status in order to train and mold any breed to become an obedient, loving and stable companion. Note: It is a natural instinct for dogs to have an order in its Pack. When we humans live with dogs, we become their Pack. The entire pack cooperates under a single leader, lines are clearly defined and rules are set. Because a dog communicates its displeasure by growling and often times resulting in biting, all humans MUST be higher up in status above their dogs! Owners must be the ones making the decisions, not their dogs. That is the only way your relationship with your dog can be a complete success***